This public lecture series was established by the family and friends of Leon B. Poullada (1913–1987), a United States career diplomat whose service took him to South Asia, Afghanistan, and Iran. Mr. Poullada retired with the rank of ambassador and then earned a doctoral degree in Politics and Near Eastern Studies at Princeton University. Thereafter, he devoted almost two decades to teaching and scholarship. In recognition of his diplomatic and scholarly contributions, especially his long association with the peoples of Persian and Turkish languages and cultures, this public lecture series under the auspices of the Program in Near Eastern Studies, Princeton University, invites eminent scholars in Islamic studies, broadly defined, to present the results of their scholarship in a form meaningful to the nonspecialist.

2018: Gülru Necipoğlu, "Transregional Connectivities: Architecture and the Construction of Early Modern Islamic Empires"; "Monuments in Dialogue: Socio-Religious Architectural Landscapes of the Ottomans and Safavids"; and "Mughal Dynastic Mausoleums and the Taj Mahal in a Comparative-Connective Perspective"

2015: David Marc Baer, “Ottomans and Jews in the Literary Imagination of the Other, From the Fifteenth through the Twentieth Century”

2009: Robert Crews, “Sacred Spaces and Profane Boundaries: Afghanistan and the World in Modern Times,” published in an expanded version as Afghan Modern: The History of a Global Nation by The Belknap Press of Harvard University Press, c. 2015.

2002: Hamit Bozarslan, Violence in the Middle East: From the Political Struggle to Self-Sacrifice, published by Markus Wiener, c. 2004. 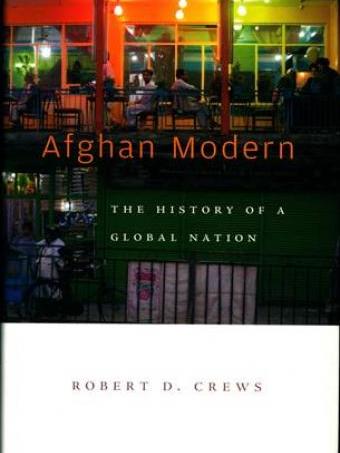 “Rugged, remote, riven by tribal rivalries and religious violence, Afghanistan seems to many a country frozen in time and forsaken by the world. Afghan Modern presents a bold challenge to these misperceptions, revealing how Afghans, over the course of their history, have engaged and connected with a wider world and come to share in…

Afghanistan on the Threshold of the 21st Century: Three Essays on Culture and Society
P. Centlivres, M. Centlivres-Demont
Book

“Two prominent anthropologists describe their long “journey” with the Afghan people, a journey that lasted thirty years and was punctuated by the events that caused Afghanistan’s transformation from the monarchic state of Zaher Shah to Daoud’s republic, from the communist dictatorship to the Taliban terror and then to the uncertainties of the…

“Since the withdrawal of Soviet forces from Afghanistan in 1989 and the subsequent break-up of the Soviet Union in 1991, Central Asia has been undergoing considerable political, social, and economic change. In a Leon B. Poullada Memorial Lecture delivered at Princeton University in 1993, R. D. McChesney examined the historical roots of a number…

Honorable mention, Joseph Rothschild Prize in Nationalism and Ethnic Studies (Association for the Study of Nationalities)

Sufism in Central Asia: New Perspectives on Sufi Traditions, 15th-21st Centuries brings together ten original studies on historical aspects of Sufism in this region. A central question, of ongoing significance, underlies each contribution: what is the relationship between Sufism as it was manifested in this region prior to the Russian…

“Beginning in Inner Asia two thousand years ago, the Turks have migrated and expanded to form today's Turkish Republic, five post-Soviet republics, other societies across Eurasia, and a global diaspora. For the first time in a single, accessible volume, this book traces the Turkic peoples' trajectory from steppe, to empire, to nation-state… 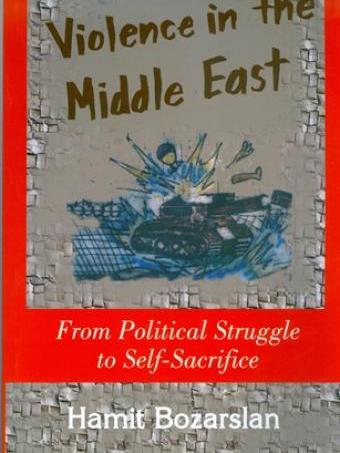 Violence in the Middle East: From the Political Struggle to Self-Sacrifice
H. Bozarslan
Book

“Violence has been a central political issue in many Middle Eastern countries during the past two decades, either episodically (Syria, Iran), or continually (Turkey, Egypt, Algeria, Iraq, Afghanistan, and Israel/Palestine). This groundbreaking new study sheds light on the dynamics of this phenomenon by going beyond factors usually cited as the…