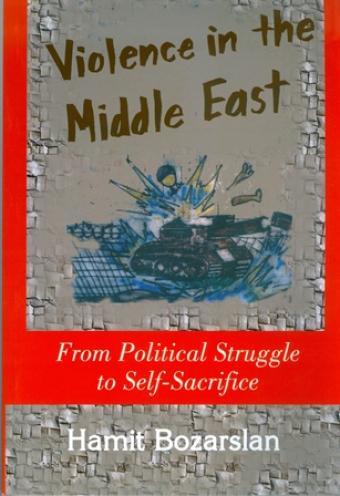 Violence in the Middle East: From the Political Struggle to Self-Sacrifice

“Violence has been a central political issue in many Middle Eastern countries during the past two decades, either episodically (Syria, Iran), or continually (Turkey, Egypt, Algeria, Iraq, Afghanistan, and Israel/Palestine). This groundbreaking new study sheds light on the dynamics of this phenomenon by going beyond factors usually cited as the root causes — economy, religion, and culture — and investigating the political structure that actually triggers this violence. Violence, at least during the initial stages, seems to be a rational instrument for changing contested power relations. As these movements weaken in their later stages, they very often give birth to fragmented and privatized forms of violence — warlords are one example — and in some situations to its metamorphosis into nihilistic, sacrificial, and/or messianic forms. This book explores the ways in which the criminalization of political, ethnic, and sectarian identities has contributed to the formation of a "tragic mind" that perceives violence as the surest provider of justice and hope. Only this in-depth research that combines the cognitive, social, and religious sciences, as well as different problematiques such as the emergence of new religiosity, can allow us to understand the logic behind those attacks and the self-sacrificing forms of violence.”

“The book reads well, with a good summary of violence in some parts of the Middle East.” —International Journal of Middle East Studies